April 10, 2007
On Saturday a large group of Canadiens fans got together with a small group of Leafs fans and "I don't care who

wins as long as the Canadiens don't" fans to watch the hockey game. There was a lot of trash

talking during the course of the game. This quickly ended

once the Leafs defeated the Canadiens 6-5, but it resumed later the next day oncewhen the Islanders won bumping the Leafs from the playoffs...

Melissa said…
Even though we aren't in the playoffs, I couldn't be happier about the BIG victory Saturday night. GO LEAFS GO! NO HABS NO!

Had a great time! 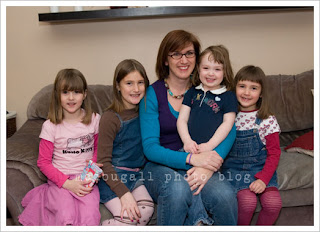 Happy Friday everyone! I took a PILE of pictures this week. Being two weeks behind in my editing, I won't be getting to the new stuff anytime soon. With that being said, I jumped ahead to edit this picture. I couldn't resist. It's my favourite shot from this week. This shot was inspired by last week's Photojojo newsletter. Just a reminder of the rules: 1. The picture has to be taken by you. 2. The picture has been taken during the past week and it can be a picture you have posted earlier in the week. 3. Link up using the link to your individual blog post and not your main blog address. 4. Please include the Fabulous Friday button (below) in your post to link back to my site. 5. Leave feedback for five other participants. Let them know what you think! 6. By linking up you are okay with me re-posting your photo here if you are chosen for the top five. <a href="http://mcdougallphotography.blogspot.com/"><img src="http://i188.photobuck